There is a growing concern among cine fans that this could very well be a real possibility, yes. Apparently some Tamil groups are protesting against the movie and its makers and want the flick banned for a very particular reason. Care to venture a guess what the reason is? 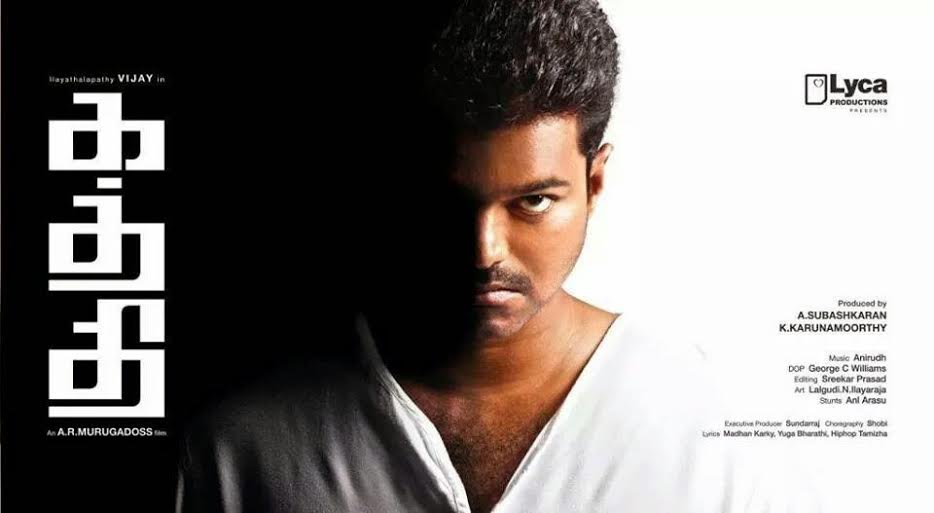 It’s that the movie is in part, being produced by Lyca Productions, owned by Subaskaran Allirajah, who also just happens to be a close aide and friend of Sri Lankan President Mahinda Rajapakse. Rajapakse, of course, is hated across Tamil Nadu for his role in the genocide or mass murder of and atrocities against Tamils in Sri Lanka.

It is also to be noted that Rajapakse himself has shares in Lyca Productions.

So now, many Tamil groups are actually working towards starting a movement which would want the movie banned and they’re also against its makers for profiting of something funded, in essence, by Rajapakse.

But Ayngaran International has come forward with a press release trying to ease the tension and here’s some of what is says:

We are a very respected company and have been in the business of cinema for over two decades and distributed nearly 2000 Tamil films in the foreign market. As far as Kaththi is concerned Lyca Productions is funding us. Lyca communications is a multinational that have operations in India and Sri Lanka.

The statement also made it a point to emphasize that Lyca does a lot of charity work for the good will and betterment of Tamils caught up in the civil war in Sri Lanka.

But will this statement actually hinder what otherwise looks like it could be a determined campaign against the movie? That remains to be seen.

One of Vijay’s previous flicks, Thalaivaa, directed by AL Vijay, had also been banned… unofficallly of course, due to certain political reasons. The culture and trends of cinema are closely tied in with that of politics in Tamil Nadu, and it looks like the AR Murugadoss project is in for some rough weather in the days to come.

The film is otherwise aiming for a Diwali release. It stars Vijay in dual roles in the lead, and Samantha in the female lead. Bollywood star Neil Nithin Mukesh makes his debut in Kollywood as the bad guy in the flick.

Anirudh Ravichander has scored the music and AR Murugadoss, is of course, the director.