Yes, it’s true folks! In a daring move that hasn’t happened recently in any big budget, high profile flicks in Kollywood, the AR Murugadoss – Vijay mega movie Kaththi will not showcase a single fight sequence between the hero and the villain! 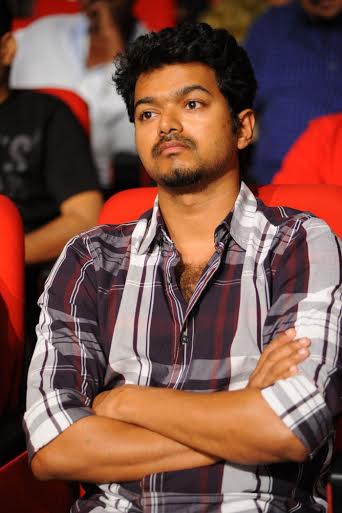 The fact has been confirmed by the baddie of the movie himself, Neil Nithin Mukesh, who by the way is thrilled with the whole experience and has definitely put forward that extra effort in order to make the movie a success.

The dashing Bollywood star has slimmed down quite a bit and lost almost 10 kg for the film. “The idea was to get in to the shape I was in when making Johnny Gaddar.” He says. The young actor, who has been in a few ‘star related’ controversies back in Bollywood also adds that he was pleasantly surprised by Vijay.

“I still can’t believe he is a superstar. He is always so humble and mild mannered with no airs about him at all.”

Neil says that the project has been a blessing and working with Murugadoss and Vijay would be the perfect debut for him in Kollywood.

He confirmed though, amidst showering praises on the cast and the crew, that he would not be trading punches with Vijay’s characters in the film. Instead it would be a battle of the wits and cunning in this story.

It is worth mentioning at this point that Vijay is playing dual roles in the movie and no, as it was rumoured earlier, it is not a father – son duo.

Samantha plays the lead female role and young musical wizard Anirudh Ravichander is the one scoring the tunes in the film. The soundtrack will feature a song, a ‘love kuthu’ song to be exact, sung by Vijay himself.