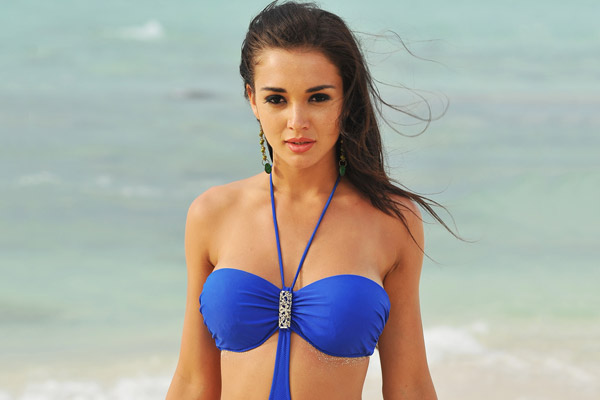 Amy Jackson, who is set to shoot up in the popularity list in South India, is now encountering tough time from the media. As per the reports, media officials are now questioning Amy Jackson about her love stories. Recently, she has been linked with a star hero in Indian film industry.

Speaking on this, Amy Jackson mentioned that she is not in love with anyone and she is still single. As the flick “I” is getting nearer to hit the screens, people are feeling more interested in the lead actors and this made few media segments to concentrate on the personal lives of the actors.

If “I” turns to be a big hit, Amy Jackson will turn into a top level actress in South Indian film industry and tough time may start for her from the media’s side. Stay tuned for latest updates.