Don’t panic, we are not talking about the actress’s skills here – no. We are merely reporting that Gautham Menon doesn’t know yet if he is to let Anushka dub her own voice for the character in the end. 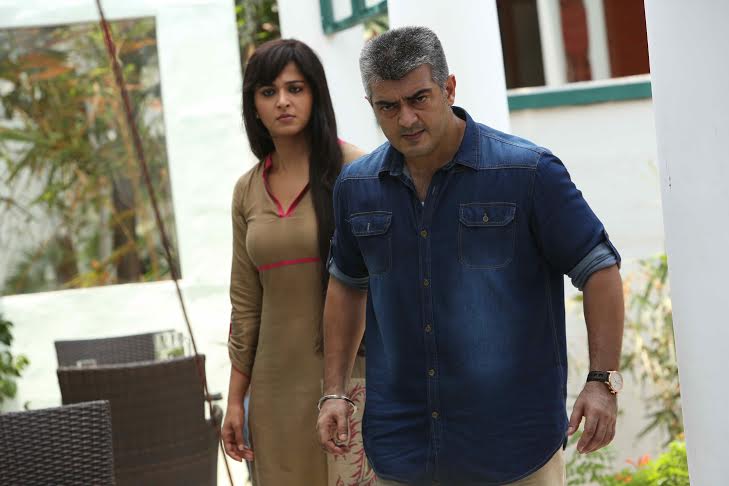 The starlet is one of many in Kollywood known for not dubbing for her movies. This is a problem many actresses face because of their lack of fluency in Tamil or any other south Indian language for that matter. It is a tragic but true fact that some of the reigning actresses in the south in the past and even now aren’t a 100 percent sure about the language aspect. All one can say is thank god for lip syncing!

But then there are also others with.. shall we say a less than appealing voice to begin with, no matter what the language. Well, in the end, it doesn’t matter as long as their on screen skills and talent makes up for everything else, yeah?

More news on the Thala 55 front is that for the first time in years, both Gautham and Ajith are working back to back schedules. The Chennai schedule of the flick has begun filming just two days after the cast and crew have returned from the Malaysian schedule.

Ajith usually works a long stretch and takes a break before returning to the project, while Gautham is known for his more ‘on the spot’ improvisational working method. This kind of dedicated overtime working is new for both and the crew are more than surprised by this to say the least.

Trisha, who is the other leading lady in the flick, is supposed to join the sets in the Chennai schedule of filming.