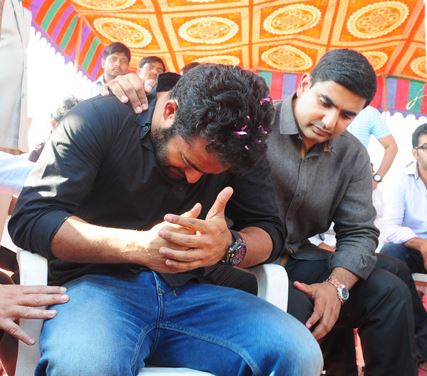 Young Tiger Jr NTR who is busy working for Puri Jaganath’s venture encountered shock of his life when he came to know about Janaki Ram’s death. Jr.NTR shares good bonding with his brothers Janaki Ram and Kalyan Ram. Sources mentioned that they are his first critics for his ventures.

When he heard about the accident, Jr.NTR rushed from the shooting spot to support his family in the tough time. He was there along with Hari Krishna and the media observed tears in the eyes of Jr.NTR when the doctors revealed that Janaki Ram was no more.