Suresh Gopi, the veteran actor and fire brand action star known for his impressive police roles, has had a decline in his box office profile in recent years. When perusing through the career of the national award winning actor, we come across memorable action movies, dramas and yes, some iconic comedies too – like Thenkasipattanam. 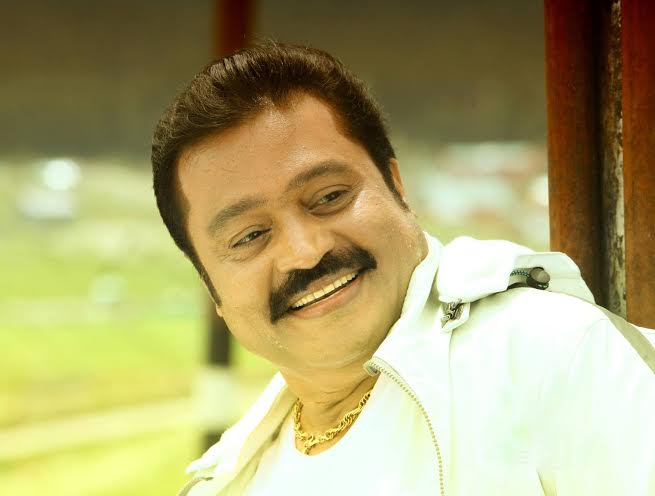 He has proven he has the chops for it, if the story and script stand by him and now he is out to get back in to the humour scene again with Prasanth Mambully’s Malutty Sabu.

He plays a thug and a broker named Sabu, who is forced to flee his native place of Muvattupuzha due to an arranged marriage and other circumstances, but returns years later as a successful businessman named Saravanan Muthalali – that’s the beginning and the hilarity follows.

Wondering about the name Malutty? Yes, you probably figured it out – it’s a nickname given to Sabu by the people after an incident which was reminiscent of the plot of the legendary film Malutty starring the then ‘baby’ Shamili along with Jayaram and Urvasi.

Sabu, apparently, in his younger days, gets drunk one night and falls in to a well; the fire force is called and he has to be rescued. Anyone who has seen the original classic would get the reference, one hopes…

Suresh Gopi had to lose almost 20 kg to play the younger version of Sabu in the flashback scenes – a sacrifice indeed for the massively built and ageing veteran hero! There are also rumours that he may go bald to fit the persona of Sabu to a tee.

The film is reported to be a full on comedy entertainer and the script writer Babu Janardhanan along with the director Prasanth promise a laugh riot like no other. And it would be great if it is – for the fans, and more importantly for the Commissioner star himself whose career really needs a boost about now. The lead actress still remains undecided though Joy Mathew is in the supporting cast,, apparently as a toddy shop owner.

The movie is being shot at multiple locations including Ottapalam, Alleppey, Thodupuzha and Guruvayoor.

So good luck guys and bring on the laughs!