Actually for big stars also it is a tough task to meet Rajinikanth, but Sampoo gets that chance very easily and also had chit chat around 10 minutes with Rajini. Sampoornesh Babu also taken a photo with Rajinikanth. Super Star Rajini said that he watched film Hrudaya Kaleyam and also praised the actor Sampoornesh Babu. 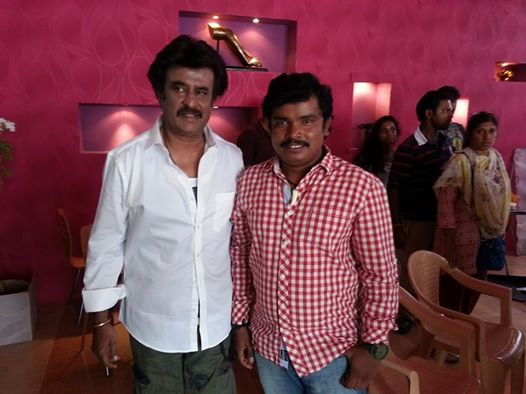 However, Sampoornesh Babu is on cloud nine now and shared that experience on his facebook page: