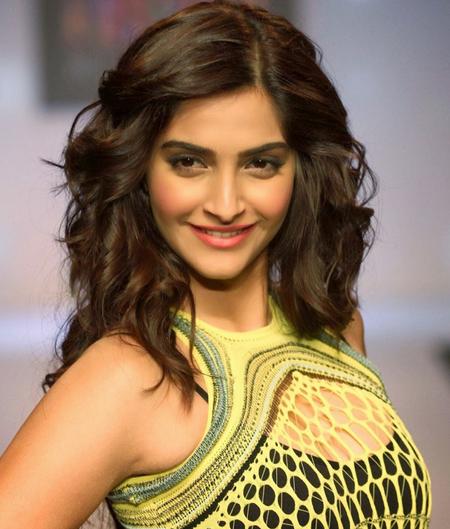 It was comedian Kapil Sharma who made the phrase, ‘Babaji ka Thullu’, immensely popular in our nation and also abroad. And from five year olds to fifty, all are seen using this referential catchy phrase on various occasions.

Well! Now the phrase has gone lyrical and we will soon be seeing glam diva Sonam Kapoor rant it, in her upcoming film, ‘Dolly Ki Doli’.

The film is garnering attention for its quirky content and really peppy dance numbers. Now we just got to know that there is a third song, which will make its way soon, and is titled, ‘Babaji Ka Thullu’.

The funky track has some really unusual dance steps. And in order to perfect them, Sonam stayed one full day on the sets, practicing it. Not only that, the song was shot in one day. The whole team had so much fun shooting it and we can’t just wait to see it.

Directed by Arbaaz Khan, Dolly Ki Doli, is a story about a looter dulhan and will release on January 23rd, 2015.