Jigarthanda is the upcoming flick from young director Karthik Subburaj, and it stars Siddharth and Lakshmi Menon in the lead roles. 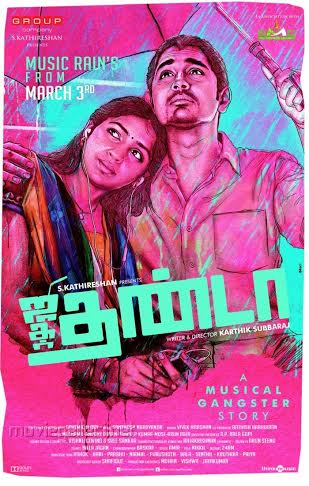 Now reports are rolling in that the plot of the movie may have been lifted from a hit, critically acclaimed Korean movie titled A Dirty Carnival!

A Dirty Carnival tells the story of a wannabe film maker, who in his pursuit of making a film on the ‘thug life’ or criminal culture meets a rowdy who gives him insight in to that world. The film has been making the rounds in several international film festivals.

If indeed the rumours are true and Karthik has ripped off this film, it’s bad form indeed and certainly a disappointment to the fans who were expecting an original story and an innovative attempt from the promising director.

Karthik made his feature film debut with the horror movie Pizza which was a success. So much so that it is being remade in Hindi with the same title starring former Miss World contestant Parvathy Omanakuttan.

Jigarthanda is aiming for a release in July, according to sources and it is unclear if Karthik will be making an official response to the media and the fans regarding these ‘allegations’.

In any case, it is unlikely that many Indian fans have seen the original Korean film in question and Jigarthanda should make an entertaining and thrilling watch for the masses here.

Keep following Chitramala for more updates from the tinsel town!