Making her Bollywood Debut with Akshay Kumar’s ‘Fugly’, Kiara Advani looks like ‘The next big thing’ on Bollywood. She is beautiful, classy, talented and most importantly..grounded! She has all the necessary ingredients of being a superstar in Bollywood. 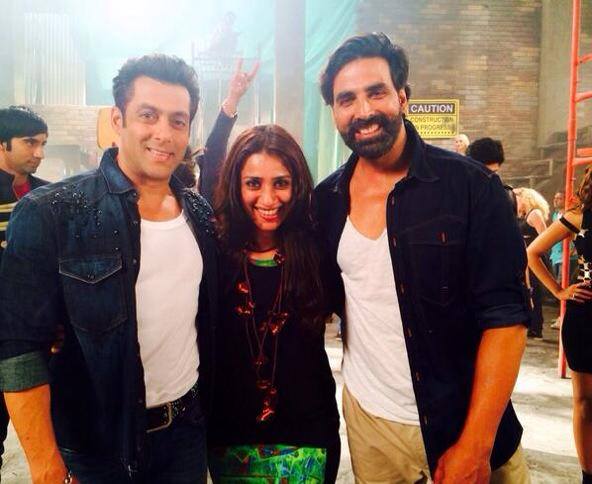 In a tete-a-tete with a media house recently, Kiara went on to make startling revelations about popular stars.. albeit, in a casual, non-controversial manner.

“My mom knew Salman sir as they grew up together in Bandra. He would often tell my mother Genievev Advani how one day he would be a star. They have been friends for the longest time and would go cycling together. She introduced my mausie Shaheen to him and Salman sir and Shaheen mausie dated each other long back. It may have possibly been their first relationship. I have met him a few times at his house for lunch. He is very warm and friendly. My mother had come once on my shoot when Salman sir was on the set to shoot the title promotional song for Fugly. She had actually come to see him and not me, but he thought she had come for me and said, ‘You better give Kiara space. Don’t tag along with her as her mother’.”, said Kiara.

She’s impressed people and how! “Salman sir gave me the most important advice in life. “Always be grounded,be humble. Fame may fade away but people will still remember you for your kindness”,is what he told me. I can never forget that piece of advice from him”, added Kiara.

Well, given the breeze of humble, well-mannered newcomers on the block, Bollywood looks all set to be “Disciplined and well-mannered” in the coming years.

Well, this Sindhi-girl sure looks promising!

Here’s to an “Improved Bollywood” !