These days, it is a common visual in Telugu Film Industry for the heroes to flaunt their “Six-Pack” abs. Initially we have seen heroes like Allu Arjun and Prabhas in six pack abs. Soon, the trend was followed by many actors in the Film Industry. Of late, buzz raised in the media that Superstar Mahesh Babu also worked out a lot on abs for his previous movie 1. 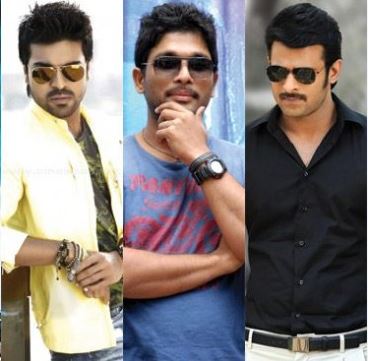 Now, it seems Ram Charan too is joining the list of actor having six pack. We heard that Ram Charan is preparing hard to get his six pack abs for the film under Srinu Vaitla’s direction. Right now he is busy shooting for the film “Govindhudu Andarivadu” with Krishna Vamsi.

Ram Charan started attending training sessions for the six pack look. It is also learnt that Ram Charan will be training hard everyday for four months under the supervision of Sameer Jaura, the trainer who trained several Bollywood actors. The movie with Srinu Vaitla will hit the floors in this November soon after completion of “Aagadu”. So, fans need wait for few more months to see their favorite hero with six pack abs.