Pawan Kalyan, who aggressively campaigned on behalf of TDP and BJP in the recent Lok Sabha elections, has once again showed lack of interest for the position of central minister. 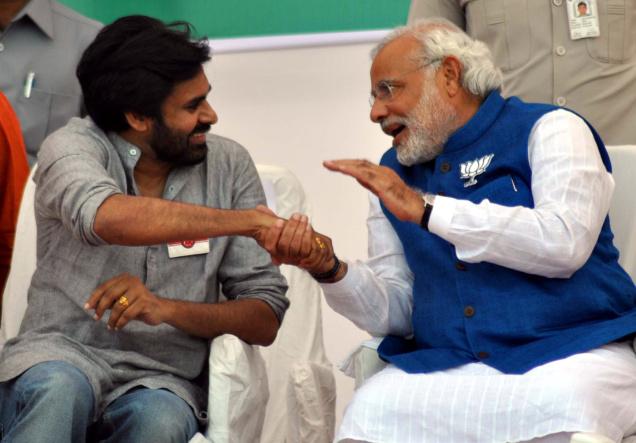 A source close to Venkaiah Naidu says, ” Naidu anna is trying to please Pawan Kalyan and make him part of Modi’s cabinet through Rajya Sabha in the second phase of the Ministry expansion. But the power star is just not interested. He says he’s in politics to serve the people indirectly and is not interested in coming to power. The plan is explained to Pawan anna but he does not seem interested. We will wait for him to approve of things and only then we’ll tell the media about it.”

This piece of news has sure got the people of the country interested. The parliament already boasts of celebrity MPs like Hema Malini, Vinod Khanna, Manoj Tiwari, Babul Supriyo etc.

It will therefore be interesting to see if mana Power Star Pawan Kalyan accepts the offer and goes on to sit in the Parliament voicing the public opinion.

Only time will tell if Pawan Kalyan accepts the offer made to him and foregoes his stardom in Tollywood.