Talk about actors doing ridiculous things to stay in the news!

Well, that certainly seems to be the case with Nargis Fakhri’s Boyfriend who has been posting uninteresting stuff on the social networking site, Twitter, to stay in the news probably. You would have probably guessed who we’re talking about, by now.

The 41-year-old actor posted a picture on twitter, posing with a mug that has a picture of Nargis on it, stating, “Who is this @NargisFakhri that everyone keeps linking me with…I’ve never heard of her.” 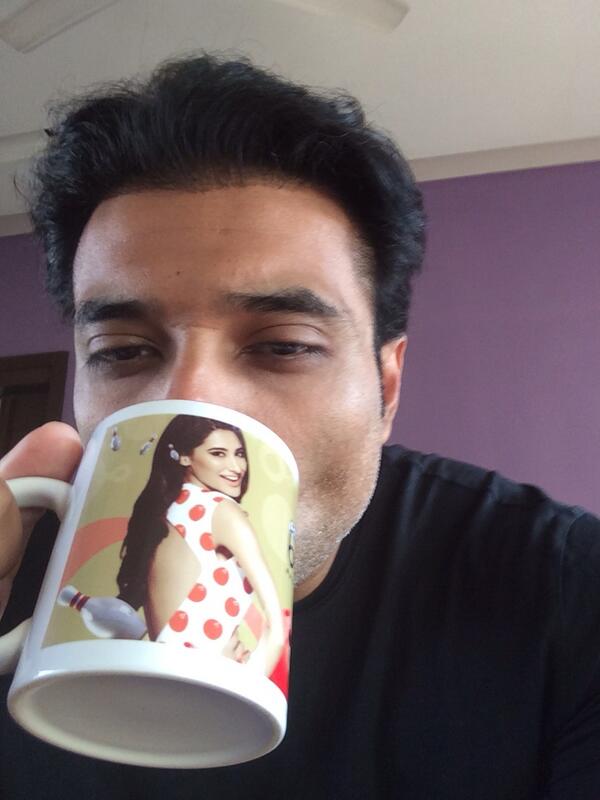 Well, Uday Chopra is certainly not known for his acting skills. BUt he does know how to grab attention.

Sadly, three-film-old Nargis was too busy to return Chopra’s public display of affection.

By this antic of Uday, one thing is clear for sure.. Nargis and Uday are definitely a couple.

Though the couple have been denying it till now, all rumours turned out to be true when the pictures of their holiday in Maldives leaked out earlier this year.