Universal star Mohanlal, also the Lt. Col. Of the 122 Territorial Army (Kannur), played a much advertised exhibition volleyball match there yesterday on May 7th, as part of the tournament organized by the Kannur Press Club. The venue was the District Collectorate grounds and it fit, because… well, he was playing against the team of the District Collector P Balakiran – and he won! 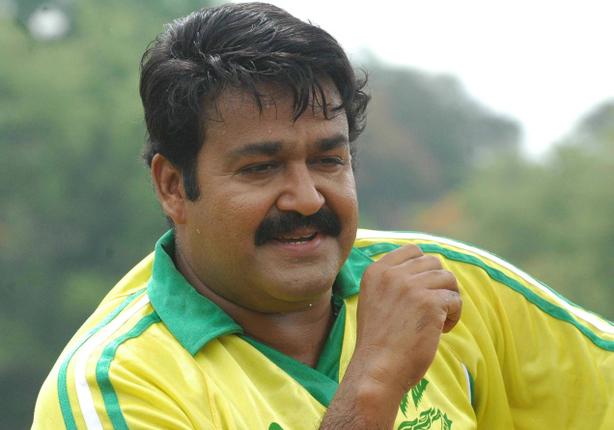 Though the 53 year old superstar faltered on a few occasions, it did not matter to the huge crowd of cheering fans who showed their overwhelming support for Mollywood’s beloved son donning the captain’s jersey with the number one displayed prominently.

The match was completed in style, despite the drizzling rain, and Lal’s team wound up with an impressive 23 points against the collector’s team which scored only 13.
Mohanlal is known for his skillful athleticism- on screen for his realistic fights, and off screen for his passion for sports. He is also the captain of the Kerala Strikers in the Celebrity Cricket League.

The complete actor’s upcoming releases include Koothara, Mr Fraud and Rasam. He is currently working on the comedy entertainer Peruchazhi. Major Ravi too is busy with his next directorial venture Picket 43 starring Prithviraj.