Director KS Ravikumar is busy with the shooting the next Rajinikanth mega flick Lingaa but he has been caught up in another troubling controversy recently. Apparently, he commented on Facebook that he thinks Thala Ajithkumar has the makings of the next superstar. This of course meant jubilant Thala fans and very offended Ilaya Thalapathy Vijay fans! 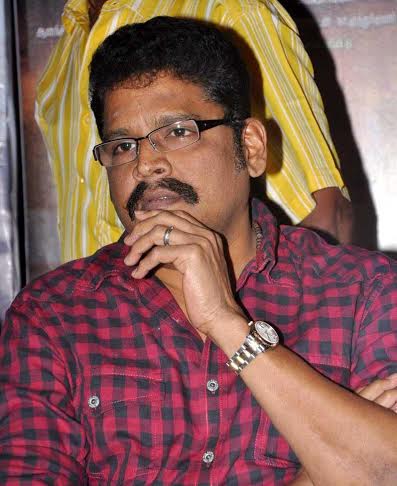 But here’s the problem – Ravikumar didn’t make that comment, an imposter did!

Yes, like many other celebs these days, the director too has his share of imposters prowling the social media trying to stir up all kinds of trouble. In fact, actress Khushboo, a friends of his, came forward to warn the public that there’s a fake twitter handle in the director’s name too!

Boy, the problems our stars have to deal with on top of the drama in tinsel town..

In any case, here’s what the director had to say about the whole thing on his real Facebook page:

I’m currently faced with quite a concern since few days. Of the numerous fake profiles in social media, one in particular has been posing as me and tweeting & making statements that has caused quite a flutter.

I don’t know why I’ve been imitated. Sure, I have a reasonably successful account here on Facebook.

I’m well known and respected in the industry and I’ve even been many a times honored by being asked to give an opinion on various issues and situations. But I’m certainly not the one who can decide on the next superstar.

In fact I am no one to choose or decide who is the next super star other than fans who follow their respective idols. Who am I to judge Vijay or Ajith. I have always enjoyed and appreciated their work but I cannot comment anything especially about who the next Super Star is.

Hmmm.. well said Mr Ravikumar. Very true and quite diplomatic of you..