Not directly of course – the Ulaga Nayagan is hardly that diabolical or villainous. But it seems he may have been indirectly responsible for the grand event being cancelled unexpectedly. 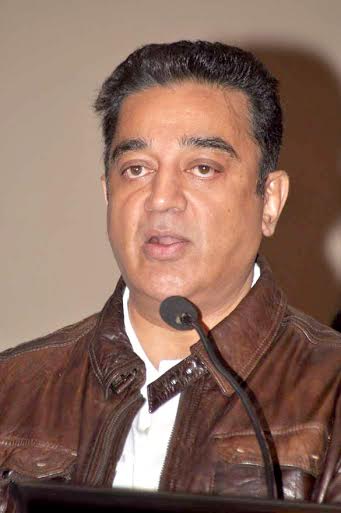 The audio launch of Anjaan was to have Kamal as the chief guest, and was set to take place at either the Chennai Trade Centre or the Nehru Stadium on July 22nd. In fact, the whole thing was super hyped and hundreds of Suriya fans were to attend to cheer him on and show their support. Other dignitaries from tinsel town might also have shown up to add to the prestige.

In fact, let’s not forget, the Anjaan promotional team was not pulling any punches or leaving any stones unturned as they even had a ‘first of its kind’ press event to celebrate the trailer crossing the one million views mark on Youtube!

So you can imagine the excitement surrounding the audio launch.

Now, what spoiled the best laid plans of the exuberant crew was the shocking refusal of the state government to grant them permits to hold the event at either of the aforementioned venues. This took the film makers by surprise as no reasons were given to explain the decision.

Here’s how Kamal Haasan ties in to all of this..

The legendary actor had, at a previous audio launch of another movie, made some heartfelt albeit critical remarks about how the Tamil Nadu government doesn’t nurture films or the film industry. The speculation now is that these comments by the highly influential star at a public event might have touched a few nerves in the state government and that’s the reason for the whole fiasco.

The Anjaan team however have denied any such connection between the two events. But it seems plausible, yes?

Anyway, now the flick’s audio launch will be a toned down event to be held at Sathyam Cinemas on July 22nd, where they will simply present the visuals of the songs and songs themselves to the press. It will be available to the public from the next day forth.

Anjaan stars Suriya in dual roles and Samantha in the female lead. The film is being directed by N Lingusamy and is also being produced by him under the banner of his company Thiruppathi Brothers, in association with UTV Motion Pictures.

The movie is slated for release on August 15th.