Versatile actor Jagapathi Babu officially completes 25 glorious years of Tollywood today. The actor is well known for his mutli-talented personality and ability to carry off any character effortlessly, marking to be a complete artist. As a successor of Jagapathi Art Pictures, Jagapathi Babu entered Telugu film industry as a lead actor, and went on to do many films in meaty roles in various genres. Although he did some intense action roles like that of ‘Durga’ in RGV’s ‘Gayam’, he later  earned the fame of ‘an ideal on screen husband’ with films like Subhalagnam and Sankalpam in the late 90s. Jagapathi instantly became the ladies man with his endearing dialogue delivery and looks. Every girl in a Telugu household would have wanted a real life husband who resembled the screen character portrayed by him. Not stopping by just doing family dramas, Jagapathi continued to do action, thriller and comedy, switching back and forth,enthralling the audience with his ease and perfection to get into the skin of any character. His role in Anthapuram and Lakshyam are well remembered for their subtle yet strong impact on the story. His role as cop in many movies suited his personality and added to the plot. Audience instantly took to his varied facets in many movies. 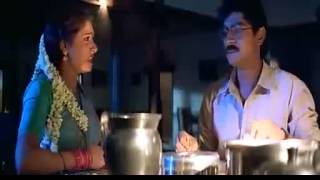 Jagapathi did not restrict himself to Telugu. He also did films like Thandavam in Tamil with Vikram, where he was seen in a negative role. He will be seen as a villain for the first time now on Telugu screen in Boyapati Sreeny’s Legend starring Nandamuri Balakrishna. This apart, he will also play the role of an elder brother of Sundeep Kishan in Ra Ra Krishnayya. Off late, he had been restricting himself with choosy projects and interesting roles and not any random ones, thus showing the signs of a senior performer.

With many more years and plenty more roles on the yore, we wish Jagapathi Babu many more great innings in Indian Cinema!