Yes, it happened exactly as the title suggests apparently, as Indrajith had to take on the role of the director of the flick he is currently starring in, Angels, when the director – newcomer Jean Marcos- couldn’t make it! 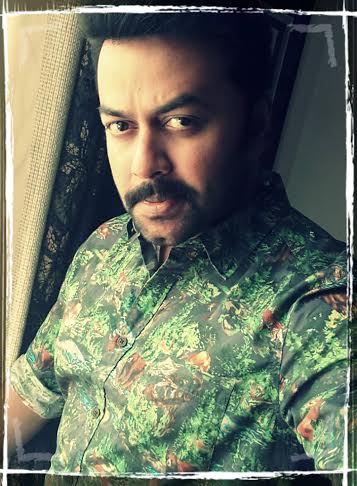 Now, now… let’s not blame the debutant film maker too soon; it seems Jean was taken ill and had no way of being in charge as he has physically unfit, and this meant the shoot kept getting delayed a lot. This obviously put the producer in quite a fix as money was being spent and the stars of the movie as well as the cast had only so much time on their schedules.

It was at this juncture that Indrajith stepped up and assumed the responsibilities of the director, and turns out he was perfect for the job as he knew not just his part, but the rest of the roles and the story and Jean’s vision quite well!

In fact, the producer even commented that Indrajith might make a great director some day! So congratulations to Indrajith for his sense of duty and commitment to the project and on his abilities as a director!

Indrajith plays a cop from the Special Armed division, named SP Hameem Hyder, in the flick, which is being shot in Thiruvananthapuram. The busy actor, who has donned the Khaki uniform many times before and has proved his mettle by playing a versatile range of characters in general, feels this is one of the best police roles he has ever essayed.

He posted this on his Facebook page:
“Shooting in progress at Thiruvananthapuram.. Loving it working with a new talented team yet again, on one of the best cop roles I have done so far.. ACP Hameem Hyder..”