The young musical sensation that is composer Anirudh Ravichander is really redefining the term ‘hot property’ right now as he seems to draw the spotlight towards him for one reason or the other. Every other month or so we have new ‘reports’ of the musical wiz being romantically linked to one dazzling celeb or the other – and now it’s Priya Anand’s turn! 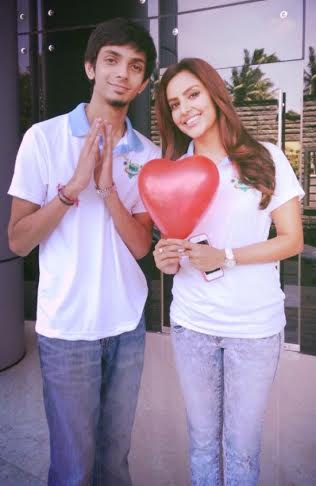 Yes, reports emerged that Priya and Anirudh and deeply and madly in love with each other and the gossip press was having a field day with it.. at least they were until the gorgeous actress spoke up.

Priya vehemently denied any such relationship with Anirudh, apart from the fact that they were very good friends.

She further clarified that she had no intention of taking such a good friendship and turning it into something more. The English Vinglish and Fukrey star then went on to reprimand the media, in quite a restrained but outraged manner, for spreading such baseless rumours about her personal life.

It is surprising how more and more celebs find themselves in this position of having to take the stage and defend themselves against rumours. Well.. maybe not.

It is after all the nature of the beast – as long as people want to know about the stars and their lives, the wheels of the machine that is media will keep turning.

In the end, if you want to be a ‘celebrity’, you have to take the good with the bad, yes?

And coming back to the main topic, is Anirudh actually involved with someone right now? There can only be so much smoke without any fire..

He is currently busy with scoring the tunes for the A R Murugadoss – Vijay movie Kaththi, and sources have also reported that Anirudh may be composing the music for the upcoming Rajini – Shankar epic movie!