Ever since their movie R..Rajkumar, Sonakshi and Shahid Kapoor were rumoured to be in a relationchip more than friendship. The stars often featured in shows like Koffee With Karan and Comedy Nights with Kapil showed off vibes that were more like that of a couple than that of friends. A recent selfie pic posted by Sonakshi with Shahid Kapoor on the sets of R…Rajkumar sparked off the fuel that both are, indeed the new love birds of Bollywood. 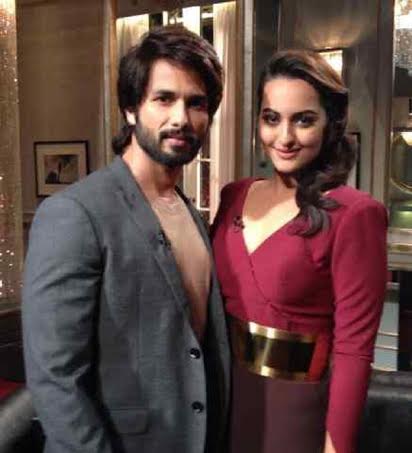 Sonakshi, however, put an end to this exciting story off late. She plainly denied the reports – “We were friends and co-stars. I like all my friends” she said.

Interestingly, the story doesn’t, well, quite add up. Sonakshi is now training under the same fitness trainer who trains Shahid, and both of them are seen working out together. 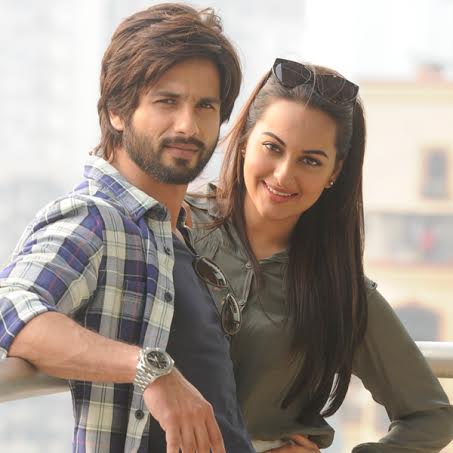 The lady was curiously mum when directly asked about that. However, the reality is that both the stars spend more time together than with the rest. They were also seen at the launch of a women’s health magazine together, showing off that ‘platonic bonding’ which looked a bit more than just friendship.

Shahid Kapoor was off the grip with women, especially after a painful break up with Kareena Kapoor and lately, Priyanka Chopra. The actor has been concentrating more on his career than his personal life.

Both Sonakshi and Shahid have often shared being pal-pal on National Television and Reality Shows.

The denial of them dating, however, remains, unconvincing!