And finally it’s here! The much awaited Lal Jr. thriller starring none other than his father Lal, just came out with its first official trailer and it doesn’t disappoint. 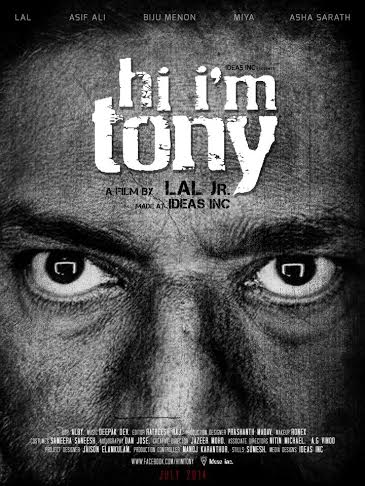 Now, a warning for those looking for a sneak peek in to the plot of the movie – don’t. Lal Jr. Has cleverly constructed a trailer that gives away nothing about the details of the story but is rich in visuals, the setting of the tone and that all intriguing vibe of a nail biter.

Lal looks absolutely and diabolically awesome here, while the rest of the cast fit the mould of the unwilling victims pretty good too. The only thing we get are two names and a line which raises more questions than provide answers.

Lal, of course, is named Tony ( a name spoken and yelled out by many in the trailer) and Asif Ali’s character is named Sam. Mia plays Asif’s spouse while we are left in the shadows as to the roles of Lena and Biju Menon. And these are the only people you see.

We know from earlier reports, the rough intro of the plot – a happy couple whose idyllic lives are taken over abruptly one day by a mysterious stranger. In fact, the whole movie is basically events that transpire in the course of one unforgettable day, set in Bangalore.

Now we can add more one juicy bit of mystery to that and that’s the line uttered by Lal – “Are you willing to kill anybody for money, Sam?”

Ooh.. one has to give Lal Jr. props for a job well done, if the actual flick matches the intensity of the trailer!

Really good thrillers are still a genre left largely unexplored in Mollywood and now, the new generation film makers like Lal Jr seem to be venturing there with ambition and vision.