Okay, with Uthama Villain, Vishwaroopam 2 and the Drishyam remake on its way, all eyes have been on Kamal Haasan for some time now. The actor is keeping himself supremely occupied with one big project after another and is showing no sign of slowing down or even taking a break. 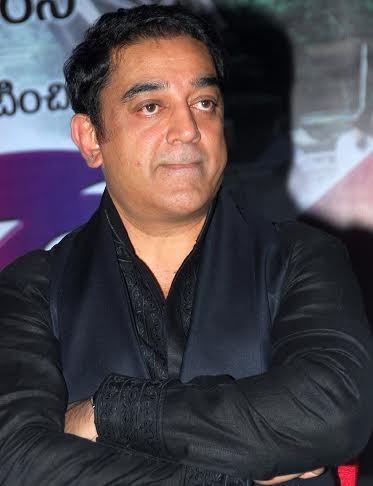 His recent health concerns which reached a crescendo a few days back with the severe leg pain he had to receive emergency medical care for, doesn’t seem to have phased the legendary star any. In fact, reports rolling in indicate he is quite furiously browsing through Telugu scripts now and plans to make one immediately after Uthama Villain and Vishwaroopam 2 hit the screens. He has confirmed though that he is yet to decide upon one.

Sources say Kamal plans to act and produce this Tollywood flick under the banner of his own company.

Now, here’s the question that’s plaguing everyone now – whatever happened to the Drishyam remake??

It was all over the media and was hyped to no end (quite justifiably of course) that the remake of the Malayalam mega hit would star the Ulaga Nayagan and even more notably, might have his real life spouse and yester year actress Gouthami in the female lead.

There were constant updates about the project, including the fact that Jeethu Joseph who directed the original version in Malayalam would be at the helm, and that the religion of the characters in the movie had been changed from Christian to Hindu for the Tamil version and so on and so forth.

Has all that led up to nothing in the end? Has the movie been put on the back burner for now, for some unknown reason?

No comment has been made on this officially and the entire fandom is waiting for an answer from the Universal Hero.

Meanwhile, the Uthama Villain teaser trailer has received a positive response from the audience and Vishwaroopam 2 is still in post production, largely due to its huge amount of CGI work or so says the lead actress of the film, Pooja Kumar.

Keep following Chitramala for more updates on this and the world of entertainment!