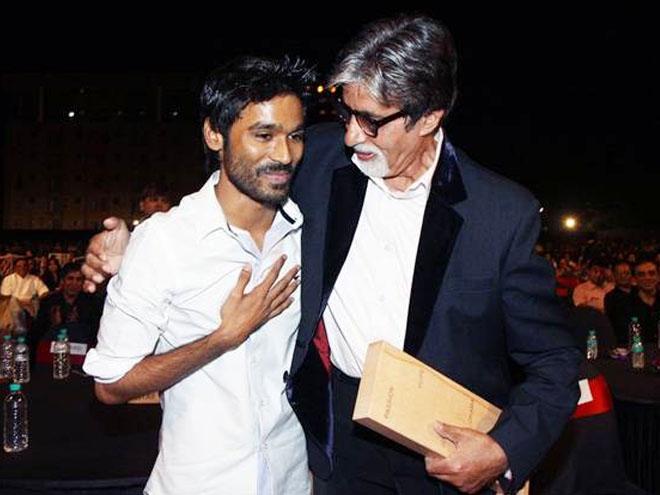 The Southern Superstar who has made it big even in B-Town, besides being extremely popular in Southern Film Industry, Dhanush is quite apprehensive upon his choice to star in remake of any Amitabh Bachchan starrer flick.

It so happened that the Shamitabh star was asked if he would like to star in any of the remakes of Amitabh Bachchan’s films. Dhanush who loves Big B’s films, seemed anxious and feels that he isn’t qualified enough to star in remakes of the Superstar’s films and that he wouldn’t be able to carry it off.

Well, the two stars Dhanush and Amitabh Bachchan will be seen on screen for the first time in R.Balki’s Shamitabh and the whole team is on promotion spree. We really loved the trailer and are highly looking forward to watching the film.

As far as seeing Dhanush in any of Big B’s previous roles, wethinks Dhanush will certainly be able to do full justice to the role and to Amitabh Bachchan.

Shamitabh is making its way to the theatres on February 6th!