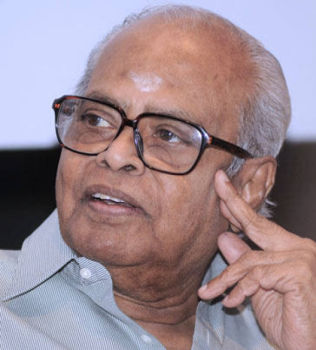 He was born on 9th July 1930 in a Tamil Brahmin family at Thanjavur, Tamil Nadu. He directed more than 100 films in Telugu, Tamil, Kannda and Hindi languages. He has been honored with several awards including Padmasri in 1987 and Dadasaheb Phalke award in 2010. Balachander won the National awards 9 times in his career.

Balachander is survived by his wife, son and daughter. His other son, Kailasam died on August 15 this year.

Balachander’s funeral will be held tomorrow in Chennai.