Dhanush’s Velai Illa Pattathaari or VIP, is by far the biggest surprise of the season, and even the weathered and jaded folks in the industry can’t help but crack a smile at the movie’s good fortunes. 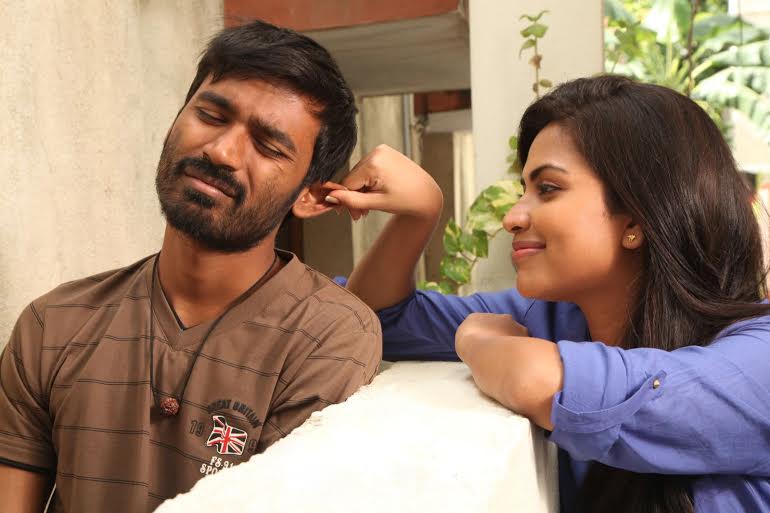 Yes, the Dhanush 25 flick has had an immense opening weekend and the collections so far are rumoured to be in the neighbourhood of Rs 13 crores!

It’s the biggest opening for a Dhanush movie so far, and a breath of fresh air for Kollywood which is in the midst of a financial crisis like some other industries in the south.

The movie crossed the Rs 1 crore mark at the box office in roughly a day, after its big release on the morning of July 18th, which was last Friday and let’s not forget… a week day.

So the real ‘green’ started flowing in the following two days. Approximate figures collected puts the Chennai city grosses at Rs 2.7 crores and the state wide ones at Rs 5.7 crores by Sunday evening. The out of state and international grosses too ‘helped’ the success of the flick along, one supposes..

The young star though has another reason to pop open the proverbial bottle of champagne – he also just happens to be the producer of the film! Yes, Dhanush produced VIP under the banner of his home company Wunderbar Films. Talk about a good investment and having faith in your talent.

VIP stars Dhanush and Amala Paul in the leading roles and is a cocktail of commercial entertainment with the right mix of everything. It is primarily the good reviews on its entertainment value and family friendly narrative and style of the film which gave it good publicity and rapid word of mouth promotion among the viewers.

The cinema halls screening the film are running to capacity crowds as of today too. So looks like the movie is on its way to being a block buster hit.

The director of this film is ace cinematographer turned director Velraj. The music has been scored by none other than young sensation Anirudh Ravichander.