Wow! Now who saw that coming! Captain Raju of course, is one of Mollywood’s beloved veteran actors and he has demonstrated over the years his range as an actor – from villainous roles to dramatic ones and last but certainly not the least – through comedic roles as well. 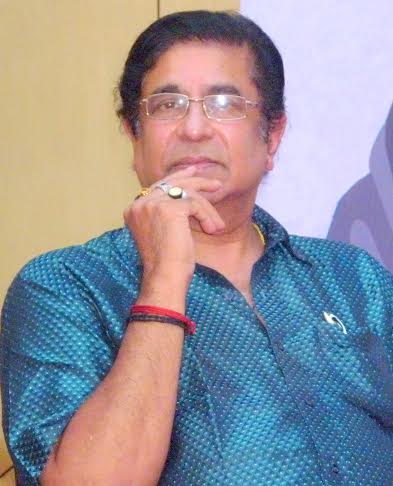 But Malayalam’s iconic ‘Pavanai’ to play Albert Einstein.. and not in a comedy mind you, but in a drama! And quite a serious one at that given that the director is PG Johnson, the Satyajit Ray award winner.

The movie, titled Pathirakkattu, is to be an ‘anti war’ themed movie set against the back drop of early 20th century, when the scientific elite in the west had begun researching in to the atomic world, which would eventually lead to the development of the nuclear bomb.

Sounds a bit too ambitious for a Malayalam movie? Not in the least, folks..

The proposed project is to be made in collaboration with the Kerala State Film Development Corporation and if the rumour mills are true, it is going to be made on a pretty large canvas.

The other cast of this movie, from what we know so far, also includes other veteran actors like Mala Aravindan and VK Sreeraman. The details regarding the crew haven’t been revealed yet.

Mollywood certainly is growing in terms of standards, even in this time of economic crisis, with experimental and ground breaking films like this and that’s something all Malayalis can be proud of.

We wish all the best to Mr Johnson, the cast and all others involved in this epic film!