The stories about a supposed movie that could star Ajith and Vijay together have been popping up every now and then for years now. Recently, J Anbazhagan too claimed he could make it happen and that too in a hypothetical Mankatha 2 – though to be fair, it did seem more like he was taunting the fans via his tweets than actually setting out to make it a reality. 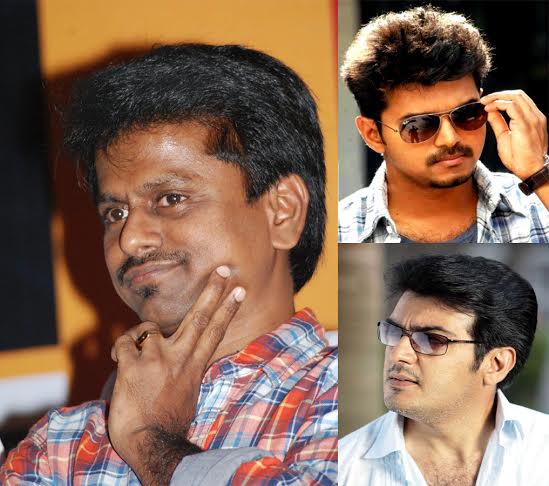 But now, we have it from an even more reliable source and that is hit maker AR Murugadoss!

Yes, ARM has said that if Ajith and Vijay were to give him dates out of their busy schedules, he could have a story ready for them in a couple of months at the most! Meaning he currently doesn’t have one that could work well for both of them sharing equal screen space and time, but he is confident that he could create one soon. Now we guess it’s up to the stars to make a choice..

Of course, ARM has worked with both of them and both times their collaborations have been huge successes. He worked with Ajith in Dheena and that turned out to be a milestone flick in the career of the actor. Not to mention it was the director’s maiden venture!

He had worked with Vijay in Thuppakki and that was a mega hit, and now he’s working with him again in Kaththi.

ARM has said that he works with big stars these days because most of the stories he has are heavily hero oriented ones and that the stars who have experienced successes with him often want to team up again.

The film maker also spoke of a non hypothetical, actual dream project in the works and that one of course is with Ajith. He confirmed to the media that he had read a story to Ajith a few months ago and he is waiting for his green light to move forward with it at some future date.

His next project will however be with Sonakshi Sinha, and it will be a Hindi one with a female centric storyline but.. wait for it.. it will be an action movie! That one will indeed be a treat for the Indian fans who are not used to that particular type of cinema..