The unfortunately yet untitled Gautham Menon – Ajith movie, still referred to as Ajith 55 by the fans, has got the entire entertainment media base in Kollywood working as its unofficial promotional wing. That’s how much buzz this project is building up! 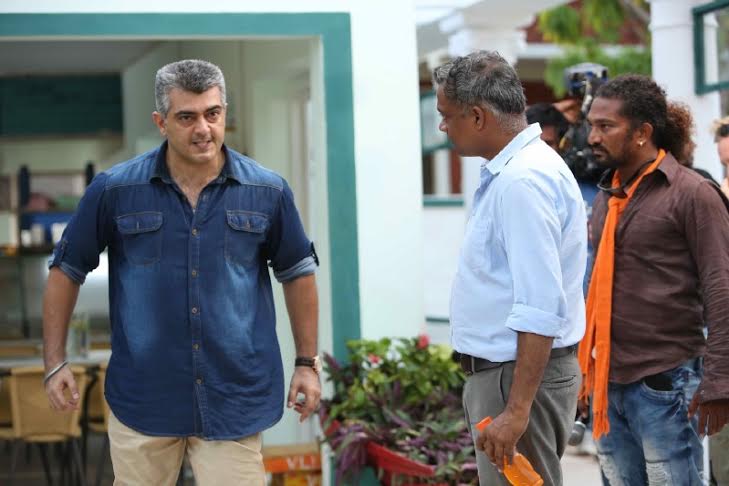 Though unlikely from the looks of it, one hopes the movie doesn’t get ‘over hyped’ by the time it hits the screens.

In any case, there is more news on the project as it has been reported that Gautham Menon plans to release the teaser promo of the flick as early as August! Yes, it seems he wants to build up the suspense element for the film a bit more with this move.

The production stage is still on and the filming is in full swing. The crew and cast (Ajith and Anushka alone) recently finished a schedule in Malaysia where they filmed some romantic portions of the movie and a song sequence – inside a jet airliner!

Trisha will soon join the cast in the current schedule, while Rajasimhan, who plays the baddie, has already started shooting his portions.

Harris Jayaraj scores the music for the film, and Dan Macarthur is the one wielding the camera.

The flick has been touted as an all out action thriller, with Ajith playing a cop named Sathyadev and Anushka playing his love interest. Trisha too is a female lead but it is unclear what her role is, though it was rumoured initially that she may play Ajith’s wife.

The intriguing thing now is that soon Gautham will have to settle on and reveal the name of the movie to the fans – before the teaser comes out, that is.

The fans wait eagerly for any and all developments with this one.